What To Do in a Chemical Attack: Surviving Gas Warfare

Preparedness is the foundation of any prepper and is the essential component of any good survival plan. When it comes to being prepared for a chemical attack, nothing is more important than knowing what it is, its types, its effects, and what you should do in the case of a chemical attack.

The plethora of risks and dangers that a prepper feels that can occur in their environment leads to the need for a preparedness plan for every possible scenario that could possibly occur throughout time. A prepper’s role is to make preparations for those catastrophic events which means preparing for any uncertainties life can throw at you, such as natural disasters, economic collapse, nuclear war, biological agent release, and other hazardous situations that could occur.

In recent years, chemical releases and attacks have been used in warfare as a fast and dangerous weapon to deploy on a large group of people, spanning its hazards over the masses exposed. Chemical attacks, although rare, present a need for chemical protection gear and that preparedness plan. Being practical on how you can be prepared for a chemical attack will aid in not only your survival, but that of your family and neighbors, should the need arise.

1. What Is A Chemical Attack?

A chemical attack is the dispersal of toxic chemicals with an intent to do harm to a large area.

This type of attack can be in the form of a gas, liquid or a solid that is released into an area that can lead to hazards for the environment and the people in it. The level of danger will depend on certain factors such as the form in which it is released (usually liquid and vapor releases will lead to greater exposure and risk) as well as the chemicals used in the attack.

If you’re thinking this is against the morals of a country or people to do something like this, you’re wrong. Chemical weapons and chemical attacks have an extensive background as they go back 160 years to the Crimean War and the Union forces in the American Civil War. However, the development of chemical weapons evolved during World War I, where all sides used a range of chemical agents to inflict damage on opposing sides.

Following the level of devastation from chemical weapons in World War I, the 1925 Geneva Protocol was implemented outlawing the use of chemical weapons but not the possession of these dangerous weapons. This was later amended in 1997 by the Chemical Weapons Convention, that provided for the elimination of production, storage, and use of chemical weapons. More than 160 nations agreed and signed this treaty but there are still countries out there such as Egypt, North Korea, and South Sudan that do not recognize this outlaw.

2. What Are The Three Main Types Of Chemical Weapons?

Chemical weapons are broken down into three main categories including nerve agents, vesicating (or blistering agents), and choking agents.

Nerve agents are among one of the most lethal chemical weapons with agents such as sarin, soman, tabun, and VX, all of which affect the transmission of nerve impulses in the nervous system.

The composition of nerve agents is chemically linked to the group of organo-phosphorus compounds that are stable and easily dispersed when deployed. Nerve agents are one of the top chemical weapons used in recent years as countries such as Syria, who experienced several chemical attacks within the last few years from nerve agent releases.

When nerve agents are released either in liquid or vapor form it can significantly impact the health of those exposed, as the concentration of the agent and time of exposure will play a critical role in the level of impact on health.

The other chemical weapons categories include agents such as mustard, lewisite’s, and chlorine which also can be extremely dangerous when released into the environment.

The two slides below details some specifics you need to know about nerve agents from CompoundChem.com such as their smell, appearance, development, lethality and their effects.

3. What Effect Do Chemical Weapons Have On Humans?

Chemical weapons produce various signs and symptoms to those exposed, with different factors impacting the significance of the effects on the human body. Effects can range from cardiovascular problems, permanent neurological damage, profuse bleeding, and in many cases, those effects lead to death.

When liquid nerve agents are released into the environment the liquid can easily penetrate skin and clothing and symptoms can begin anywhere from within 30 minutes to hours after the exposure. The immeadiate symptoms of exposure can vary, such as:

Vapor exposure, as opposed to liquid, can produce poisonous symptoms within seconds to minutes, and will typically impact either eyes, nose, or breathing as those are the three entry points for inhalation.

The impact on the respiratory tract, cardiovascular system, and nervous system create the biggest concern when exposed to chemical weapons. The respiratory tract will become severely irritated and lead to a runny nose, drooling, weakness of the tongue and throat, and if exposure is left untreated it can lead to more severe symptoms such as respiratory failure.

4. What To Do In A Chemical Attack

Terrorists or any other enemy can use a variety of chemical agents in a chemical attack, including chemical warfare agents.

When chemical weapons are deployed they quickly disperse and affect those in the surrounding area in seconds, depending on the size of the blast, wind, and other factors. As a result, the government will likely give warnings and guidance as to what to do, in the form of emergency SMS alerts, social media alerts and loudspeaker, television and other forms.

While those warnings might be provided, having a chemical attack preparedness plan already crafted can be vital in minimizing exposure, sickness, the spread of the chemical, and protecting you and your family.

The steps to include in your chemical attack preparedness plan are:

Before a chemical attack occurs

You should have a kit with protective gear that is quickly accessible for immediate use should a chemical attack be about to happen. 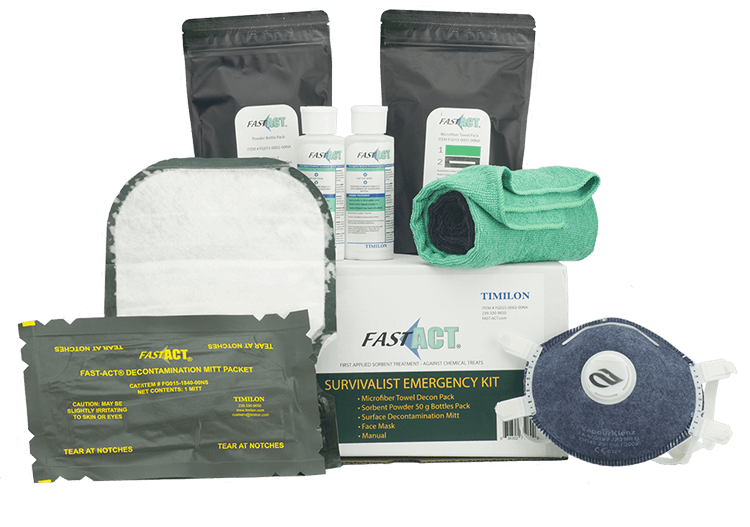 Chemical protection gear including air-purifying masks and surface decontamination products can be critical in neutralizing and protecting against chemical releases and attacks.

The FAST-ACT Chemical Decontamination Kit is a military-grade line of defense to have on hand in the event of any chemical attack, as the FAST-ACT technology works to neutralize a broad range of chemicals including chemical warfare agents such as nerve agents.

These easy and compact survivalist products in the FAST-ACT Kit can be perfect to have in your bug out bag or emergency kit to help you be prepared in the event of any chemical attack in your environment.

You can see more of FAST-ACT’s Chemical Decontamination Kit below.

When a chemical attack occurs

If an attack occurs and you are outdoors, take shelter as quickly as possible and close all windows and doors. You should also try to shut off the flow of air as much as possible to ensure that no vapors or contaminants make their way into your area. This is essentially creating a decontaminated space form which you can base yourself.

Keep in mind that in doing so, try to pick a large area as you will also need that fresh air supply for yourself and your family, so a small room might not be suitable if you are with a lot of people

Also, sealing the room can be important in reducing exposure as well as the trapping of chemicals in your environment. So if a chemical attack happens indoors, try to find the exit and vacate as quickly as possible. If you can’t find your way out, try to open a window to get fresh air exposure.

When preparing for a chemical attack, these four things are just some simple knowledge and physical preparations to do to keep yourself and your family safe.

The most important thing to do is to start with a plan of what you will do if a chemical attack was to occur, and how you would get yourself and your family to a safe environment.

This was a guest post submission from FAST-ACT, let me know if you enjoyed this post and on what subjects you would like to see further specialists in the industry write about.

If you would like to submit your own post, video or information, send in something through our submission form. 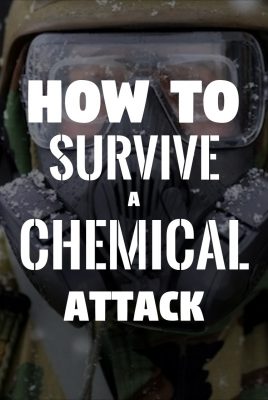 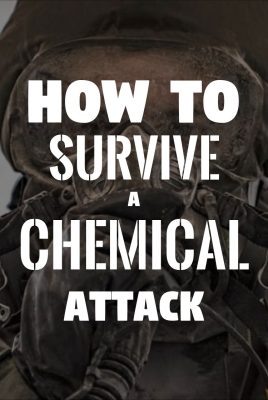 Gun Safety: 5 Things You Should Know To Handle A Firearm With Safety

The Best Prepper Gear When The Modern World Turns Off