Complete Homesteading Guide: How to Become a Homesteader

Homesteading, the practice of self-sufficiency, farming and making your own things, is not only a weekend activity, it’s a lifestyle and it is becoming very popular with people looking to take advantage of their homes, both urban and rural, and make and save money in different ways.

When I refer to the idea of homesteading, it captures a lot of different projects, all of which go towards the idea of living from the essential things that you need to live a good and healthy life, such as food, to your home, your family and everything in between.

It is a very difficult prospect to go completely self-sufficient, or as some would call it off-the-grid, especially if you’re like me and constantly on the move or living in an urban area. But even if you try just a few homesteading principles, you might find anything is possible, even if you only have a small patch of land. And you might end up saving a dollar or two, and getting a little bit healthier along the way, perfect, right?

There are a lot of categories that fall under homesteading practices, in fact, if you really think about it, there are endless amounts of possibilities.

For a good definition of homesteading, we can look no further than Wikipedia which defines homesteading as:

A lifestyle of self-sufficiency. It is characterized by subsistence agriculture, home preservation of foodstuffs, and it may or may not also involve the small scale production of textiles, clothing, and craftwork for household use or sale.

I am sure that springs some ideas to mind that you probably already do in everyday life in the home, or maybe even with friends or family.

For a more thorough understanding of what homesteading is, the description of the homestead Reddit forum defines homesteading by listing some of the topics it includes, such as:

For me, homesteading means living like how my great grandparents did. It’s about making a lemon pie from the lemons in the backyard and other locally sourced ingredients, and then gifting it to the neighbor who was nice enough to give me a batch of his new baby chickens that just hatched.

In a homesteading society, there is less waste, more reliance on your neighbors, healthier living and more self-sufficiency, if that hasn’t got you, then maybe the idea of saving a bit more money might, as that’s just an added benefit of doing things yourself.

Why you should start homesteading today

The biggest question most people ask when it comes to starting out in homesteading is is it actually worth the effort? That’s especially pertinent when you consider you will be putting in the effort to turn your home into a functioning homestead.

The answer? Sure it is worth it, and why not? For most of it, it’s free and a lot of the projects you will find on homesteading can be done with stuff you might find around the house, at a dump site, garage sale, or just pick it up for cheap.

With money being a motivating factor for a lot of people who want to downsize and live more frugally, there are also a lot of other benefits to homesteading and why you should start making your plans right now. For instance:

Some basic steps to start homesteading

So you’re tempted to try out some of the homesteading practices, but you’re a little unsure as to where you should start? Especially given that list before, there’s a considerable number of options that would have the next year booked out with weekend projects.

So let’s take a look at how you can get a head start on homesteading, whether you live in a small house, or an acreage.

1. Do your research on homesteading practices

Researching the different possibilities is a very important step in homesteading.

There are so many types of homesteading practices and so many choices to make that you should try to at least know a little bit about all of them so that when you do decide to make a plan about your homesteading projects and future, you can make informed decisions about what it is you want, and how you are going to get it.

As mentioned above, once you have done your research, you should make a plan with a timeline. A good initial plan is to start planning out at a timeline of 12 months of homesteading, but that’s only for basic homesteading. If you want to go the whole way, you’re probably going to want to plan at least three years out with some of your projects, as their are other, longer projects to consider while you’re undertaking the smaller jobs, such as the fruit trees that take longer to grow, expansion of livestock, as well as growing your own gardening and farming skills.

When making that plan, write down the following thought provokers:

That’s easy right? It’s like a child saving up money in a piggy bank for the toy that they want, only for us, our wants are little more complicated, and how we will get them doesn’t involve money. Well, at least not a lot of money, ideally.

When you are thinking about what it is you want out of homesteading, take a look at your life right now. Do you want to eat more organic products? Slash your energy bills? Make your own chicken coop? Or perhaps you want to escape the city and start an urban farm on an acreage to sell to local restaurants (sounds like the dream doesn’t it?). These are all wants that people have every day, the only way you can make them real is to write them out.

Then, once you have listed your wants, with your research-fuelled homesteading brain, start thinking about how you are going to get them. This is where your finances might come into play as the project costs may vary depending upon whether you are looking to move to the ‘rural homesteading dream’, or whether you are launching a small-scale four pot tomato garden in your urban dwelling.

3. How will you save or make money?

When you are looking at the ways you are going to get your homesteading wants, also think about ways you can make money, or save money. This is one of the best things about homesteading, is that all of the projects are inevitably a method to cut costs or outgoings on the monthly budget, whether that be eggs, vegetables, meat or renewable energy.

To make money is generally for those who want to say ‘goodbye city, hello country’ and have a lifestyle change to grow and build a self-sufficient home, this is where homesteading becomes a live-in job, and not just a weekend project. In doing so, you are going to need an income if you want to maintain that homestead as there will be eventual expenses. There are a number of methods to make money operating a homestead, such as:

There are also a number of other services that you might be able to assist with in the country depending on your own skills, as well as the produce of your homesteading.

When it comes to selling fruit, vegetables, or leafy greens to restaurants, cafes and markets, there are a number of entrepreneurs that have ditched their city jobs and are successfully running small-scale local produce food provision businesses. But that’s not all, there are even urban farmers making well over USD$1000/week just by utilizing the space in their front yard and backyard to produce greens and vegetables that are onsold to businesses.

One successful urban farmer to run such an operation and to effectively write the guide to ditching the office life and working an urban farm is Curtis Stone, author of The Urban Farmer: Growing Food for Profit on Leased and Borrowed Land.

4. Speak to your neighbors, friends, and family

Part of homesteading is looking at how our great great grandparents lived and got by every day. There was no internet to share resources like The Prepping Guide, it was just a simple question next door that worked effectively like the modern day Google. 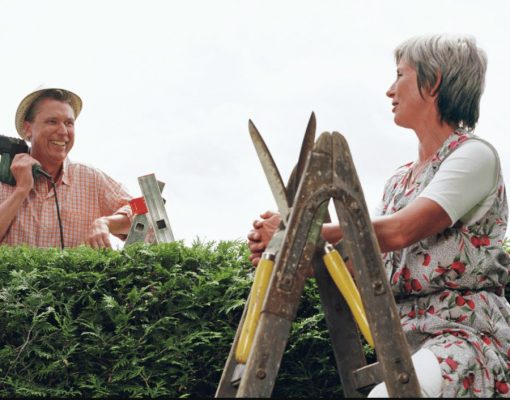 So in that sense, go back to your roots and speak to your neighbors. They might know something about helping you with your gardening, hydroponics, chicken management, house repairs or any other homesteading practices. Of course, this might be more suitable if you are living in a country or regional area, as some neighbors are more susceptible to friendly approaches than others.

I listed family last in that heading as they are most likely the more significant resource. They would have lived in a time when homesteading was more popular and might have some secrets passed down through the family.

Essentially, when you start in homesteading, you are effectively becoming a student of the land, the home, and practices that don’t involve credit transactions or any technology. It’s back to the basics, which is quite fun.

Resources to get you started on your homesteading adventure

When you’re starting your research, or if you are an experienced homesteader looking for more ways you can get the most out of your home, here are some resources that either I have read, or have been highly recommended to The Prepping Guide as sources of home living and self-sufficient ways.

The thing to remember the most is that in homesteading you are undertaking the role of a student and forever learning new things. Even if you are able to do every single job on your own, there is always a more innovative or efficient way to do it, it just depends on what works for you.

So enjoy it. Remeber, a lot of people have quit their city and urban jobs to take up urban farming and homesteading for a reason, it’s fun, healthy and a great way to live. So only do it if you love it, and do it well. 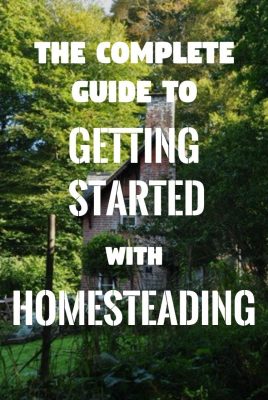 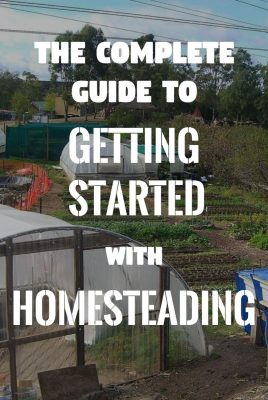 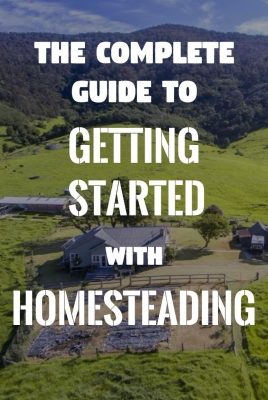 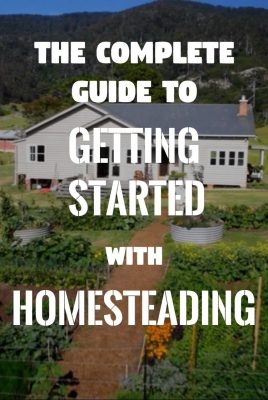 1 thought on “Complete Homesteading Guide: How to Become a Homesteader”