Home / Finance, Frugality And Economic Collapse Preparation / Self-Sufficiency And Jobs: How People Are Preparing For Automation

Self-Sufficiency And Jobs: How People Are Preparing For Automation

– Preparing for an automated future with self-sufficiency

– All of these preparations can be done for free

Automation is going to be responsible for half of the world’s workforce, so what can we do to keep our head up in what potentially be a financially tough time? We looked at what people had to say on Reddit and Facebook and the common answer was that we need to start looking at self-sufficiency and how we can adapt to an inevitable change.

When I published a previous article on automation and what role artificial intelligence would play in the future replacement various industries, both Reddit and Facebook had a volume responses from people who had already made changes to prepare for the oncoming wave of social and industrial change. Their choices ranged from self-sufficiency lifestyles, financial preparations, career changes as well as picking up various side skills.

Of the varied responses, most were of the opinion that automation would be hard at first, as industries find their feet in the new world of machine labour, but after that, automation would be great for employment. Oh, and if you were thinking this would happen overnight, it won’t. It’s going to take a number of years for the changes to be made, so in that time we have a window where changes need to be made.

Prepping is all about preparing for the future, and it is a fact that widespread automation will see just under 50 percent of jobs in the US, UK, China, India and Australia replaced by automated processes. This is through the development of technology, artificial intelligence and making robotic machinery more intelligent than the average vending machine.

So what were the majority of people doing to maintain preparedness for real economic events that are happening now and are expected to increase in the future? I have separated them into three main changes:

Self-sufficiency prepping for the automation era

Of all of the comments and messages I received, aside from the conspiracy theories and the ‘let’s fight the robots’ responses, the level-headed ones were all pro-self-sufficiency.

The basis of self-sufficiency and homesteading is to be more self-reliant, but what does that mean? For a lot of people, self-sufficiency might mean different things, for some, it is gardening and growing your own food, for others it is renewable energy and sustainable building practices and for a lot of people it is about financial matters and keeping an eye of your spending and income methods.

Sure, these terms might sound a little bit alternative but from a logical standpoint, they make complete sense.

Let’s look at the first one of these main changes people are undertaking, which is employment and education.

Prepping for the career developments arising from automation

It’s easy to say that your job can’t be replaced. But it seems like a lot of people, even some preppers are relying on the argument that a robot cannot drive a truck as well as a human can. This is just one of the many industries that are facing automation as companies seek to cut costs, expand and use programmed software and machinery where a human once worked.

So how on earth do you prepare for a loss of half of the world’s jobs? Take a historical look into industrial revolutions and you will see that automation is another mode of technological advancements designed to make companies more efficient. First, there was the wheel, coal, hydraulics, electricity, computers, and now robots. When it comes to factory and mass production expansions, people were unable to purchase a car until it came to a point where they mass manufactured and the price was driven down. Thank you Henry Ford.

Now that comment above from Redditor ‘call4ever’ doesn’t mean that everyone should go out and get an MS in mechanical engineering. Instead, it means that you should look at the negative impact that automation will take, and figure out what roles will be opened up for that.

Since we used the role of truck drivers previously in this article, let’s take a closer look at that. Automated trucks are going to break down (as normal trucks do) and there’s not going to be a robot mechanic anytime soon. So with the introduction of more and more automated vehicles such as trucks, taxis and buses, there’s also a need for both mechanics and technical mechanics that are able to fix the engine of a vehicle as well as the interior system and robotics.

There will no doubt be various security issues when it comes to running a network of automated trucks and vehicles, so there’s a new industry for security developers and network monitors. When we first looked at the role that drones would play in the theatre of war, there was a concern that they would be replaced by pilots. However, now every military has an army of well-trained drone pilots at their disposal. The same can be said for truck automation, there will still be an override for an external pilot of the truck (most likely a former truck driver).

While these new jobs I mentioned above might not balance out the entirety of jobs that have been lost in a specific industry, there is bound to be new areas and fields open up in other sectors as new forms of automation are introduced.

This is also to be taken into consideration with the fact that automation will not happen overnight. It is just like the candlemakers running around stressed out when the light bulb was introduced. First, people still use candles, second, many more jobs have come out of the invention of the lightbulb than candlemakers could ever have imagined, and third, it took a long time before the idea of using light bulbs instead of candles would catch on.

The idea of the candlemakers is exactly the same as automation, we’re already replacing young workers at McDonalds and shopping centres with machines, but there are still opportunities for young workers and forever will be. Perhaps in the future, they may be a little more advanced than normal.

So what is the consensus from everyone about how to make yourself job-ready for the future? If you are in a replaceable industry, or looking to go into one, learn about the technological aspect of that role. Chances are if your job is automated there will be further work available in the monitoring of that automation.

Of course, if you want complete security, moving into the robotics and development field seems like a safe option. However, not all of us can afford the time to go back to university and retrain in those fields. For those of you, there are various courses available for free online in coding and scripting which you can use to do various work online and make you far more computer literate. If we are pursuing a future where everyday functions run on the backbone of the same language, perhaps it wouldn’t hurt to become more literate in that field? The choice is yours.

Self-reliance is pursuing an off-the-grid lifestyle. Essentially it boils down to generating your own daily means of survival such as food, water and energy. This isn’t just to create a healthy environment and lessen the carbon footprint you may be causing, it’s done because it’s cheaper to grow your own food and to generate your own power, so why not?

Why does this help when you are coming into the world of automation? Most self-reliance practices are free or at very little cost and can be scaled into making a full-time income, depending on your skills, time and access to a green backyard.

If you don’t believe me, check out Curtis Stone, The Urban Farmer, who manages to make $100,000/year out of his backyard:

How do you become self-reliant and save money?

There are a number of ways to become self-reliant and save a little bit more of your income for the better things in life, and most of these ways are also ways to make money if you do it more.

Financial prepping for an uncertain future

I left this last as while it is the most important, it is also the most widely known one, but not every method of financial prepping is well known, so let’s take a look at four ways you can maximise your savings and profits for the future.

If you are not already doing this, track and categorise your expenses so you can see where your outgoings and incomes are.

I could recommend a smorgasbord of iPhone and Android applications that could help you with this but nothing works better than a piece of paper with three columns on to write down how much you spend and how much you get in each week. Eventually, you can populate this to an excel spreadsheet and start making a much more efficient chart with this. 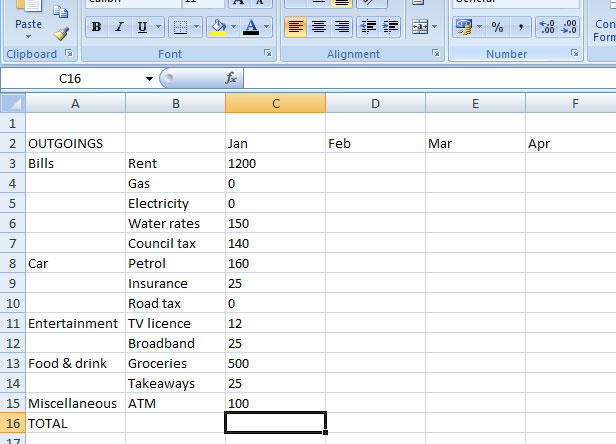 With the attempt to gain more self-reliance, it might also help to keep an eye on your power usage and water usage per week. If you are ever thinking about going into generating your own power or working on rainwater tanks, you can use these recordings to find out how much you might save each year.

If you are in a position where you might be facing job loss or replacement due to automation in the future, perhaps you should address any debt you may owe first. I am not a financial agent but I can say that if you are unemployed for a short period, debt and increase rates on that debt will chew at your savings.

This is one of the first lessons in self-sufficiency and for a reason, it is like having a bucket of water with a hole in it. Even though you were smart to have the surplus water, it is going to trickle away because of the hole.

There are various ways you can make money, from selling your own garden produce to harvesting excess power and selling it back to the grid (this won’t make you very rich overnight). There are loads of different ways to make small profits online and physically which, perhaps one day, might be your ultimate backup if you need it.

This comment below sums financial planning for the future up quite well, but in essence, don’t keep your head in the sand and think things will be fine, plan for the worst.

It’s not going to happen overnight, but it will happen

I say this because it seems that there is the idea out there that we will wake up one morning and everything will be automated. It won’t. These things take time and companies (especially the large ones responsible for automating industries) do not make changes overnight.

But this doesn’t mean you don’t have to do be concerned, you should be. As most people ready themselves for potential floods, storms or for when the sh-t hits the fan, this is something that will eventually happen, so you should prepare for it. However, unlike a flood or a storm, this is a permanent change, so the preparedness you need to undertake isn’t just a simple stocking of food, it’s lifestyle changes and becoming more self-sufficient.

Let me know your thoughts on this topic! Cancel reply