How to Avoid or Survive a Snake Bite

For anyone who spends a lot of time outdoors, a snake bite is a very serious concern. If you are outdoors and are bitten by one of the many highly poisonous snakes in the world, you can die, so it is for your own safety that you should know how to avoid snakes, and what to do if you are bitten.

In this post, written by our outdoors expert Geoff, we take a look at some things you should know about snakes, as well as how to avoid them, and what to do if you ever suffer a bite from one of these nasty reptiles.

Unless you happen to be on an island where there are no snakes, it is a possible risk we face every time we are in the wild.

Are snakes common in your area? 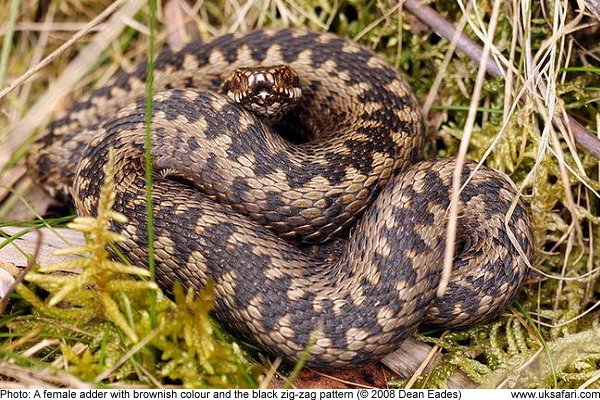 Of course, if you happen to be outdoors in New Zealand, Iceland, Antarctica or Ireland you won’t be bitten by a snake as there aren’t any, but anywhere else and you should know how to deal with a snake bite so that you can help out someone, or yourself, if it ever happens.

For me, I work in Europe and there are eleven species of poisonous snakes. The most common of those species is the adder, but you don’t need to be too concerned about them. Although the adder is responsible for roughly 1,300 bites per year in the UK alone, there have only been 14 known fatalities linked with adder bites since 1876.

Fatalities from adder bites almost always occurred when complicated by the extreme age, youth or pre-existing medical conditions of the victim. Symptoms include intense pain, swelling, and tingling, and very occasionally also blisters sometimes filled with blood. The effected limb may become swollen and bruised and this may occasionally spread to other parts of the body, particularly in children. Bites can also induce anaphylactic shock which can be particularly dangerous.

While adder bites are certainly very painful and may cause symptoms which persist in some cases for up to a year, healthy people are not at risk from them and should you be bitten by one, although a visit to a hospital is definitely warranted, you are unlikely to be in any lasting danger.

Elsewhere though, where snakes with very powerful venom are prevalent, a life threatening snake bite is a real possibility.

In some places, particular care must be taken due to the diversity and abundance of poisonous snakes. Australia, The Philippines, South Asia, and South and Central America have the highest diversity of dangerous snakes.

Where are the world’s 10 most venomous snakes 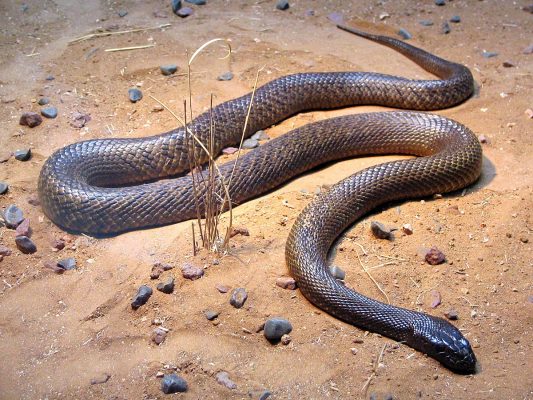 Those snakes, in rank of their venom’s potency, are:

How strong is the venom in a snake bite? 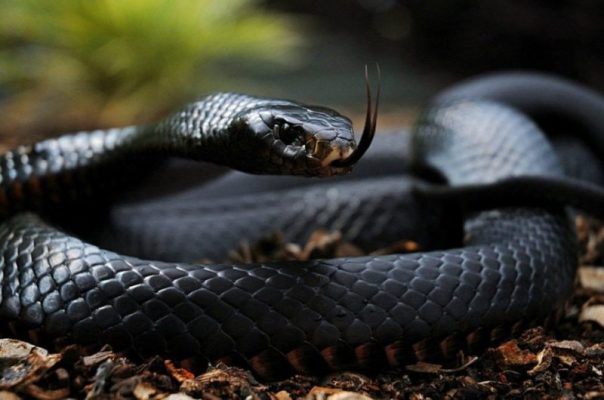 To put the potency of the venom these 10 dangerous snakes inject when they bite into perspective, scientists have calculated the number of fatalities that could be caused by an average dose of that snake’s venom.

The amount of venom snakes inject when they bite will vary from species to species due to physiology, levels of aggression and behavior. Black Mambas, for example, are known to strike repeatedly and to deliver on average 120mg of venom per bite even though 10 to 15mg is enough to kill a human. The repeated strikes will often lead to the total amount of venom being much higher. Their neurotoxic venom is known to be the fastest acting of any snake species.

While the black mamba is dangerous and feared as one of the most vicious and poisonous snakes in Africa, the potency of its venom pales into insignificance against the top-ranked Inland Taipan. The Inland Taipan gives an average dose of venom of 110mg. Its venom is so toxic that this dose would be enough to kill 286 humans or 1,085,000 mice.

With the potency of venomous snakes now firmly established, the need to avoid being bitten in the first place is clear.

If you are in a remote wilderness location or surviving without access to modern medical facilities and are bitten by any of the more poisonous snakes out there your chances of surviving are slim to none.

For example, untreated black mamba bites have a 100% mortality rate with death occurring due to suffocation as the venom paralyzes the respiratory muscles.

To avoid getting bitten you can adopt a few strategies. So let’s take a look at them.

How to avoid a snake bite 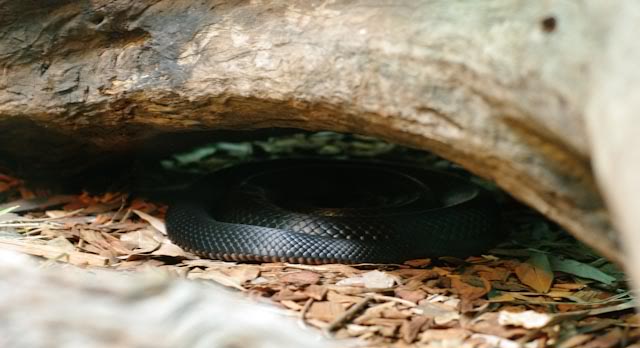 There are some things you can do to avoid a snake bite. Since we all love heading outdoors, there’s the inevitable chance that we may be near a snake at some point in our life. But what should you do to avoid scaring them, or causing them to bite you? Here are some tips.

Tread noisily – snakes are scared of people and if they hear you coming are likely to move on and you’ll never see them. You don’t need to go to the extent of shouting “hey snake” like the “hey bear” cry often used in Canada and Alaska to scare off bears but a bit of noise will likely scare them off.

Never put your hands or feet somewhere you can’t see – whether that’s reaching into a clump of spinifex grass in Australia for fuel for your fire or stepping over a log in the rain forest don’t do it. Step on the log so your foot doesn’t go down on the other side to where a snake has been resting, poke out the grass with a stick before putting your hand in and carefully collect firewood before getting yourself into trouble.

What to do if you are bitten by a snake 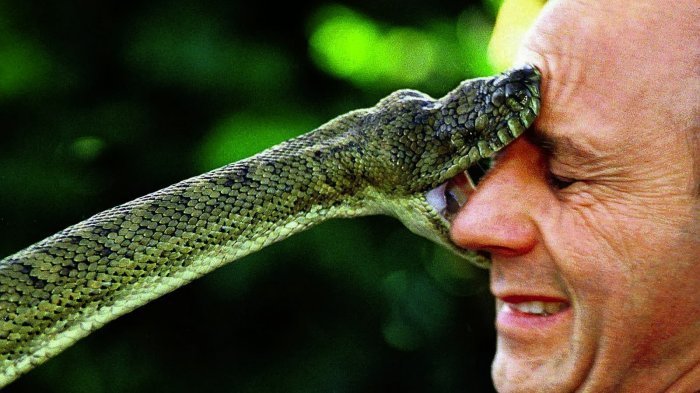 If, despite your precautions, you are bitten by a snake, being able to identify what bit you will help emergency services provide the correct anti-venom and treatment.

When you are remembering details about the snake, pay attention to the easily recognizable things such as the color, size, shape of the head, and any characteristics on its movement, such as if it may have a shaking tail like a rattlesnake. These, coupled with your geographic location, will help a specialist identify the type of snake anti-venom.

2. Protect the person, or yourself

If a snake has bitten someone with you, or yourself, you should move the person or yourself away from striking distance of the snake. This does not mean to run 1000m away, just far enough away so that you can feel safe from any further snake bites.

Next, lay down, or have the person lay down, with the wound below the heart. So if the bite was in the leg, make sure the heart is higher than the leg. This will slow down circulation to that area. Make sure you stay calm or work on calming yourself, or the person, down. There is a lot of adrenaline after a snake bite, but slowing that will slow the rate at which venom spreads.

If the leg has been bitten, remove the shoes as often they will cause compression from swelling. 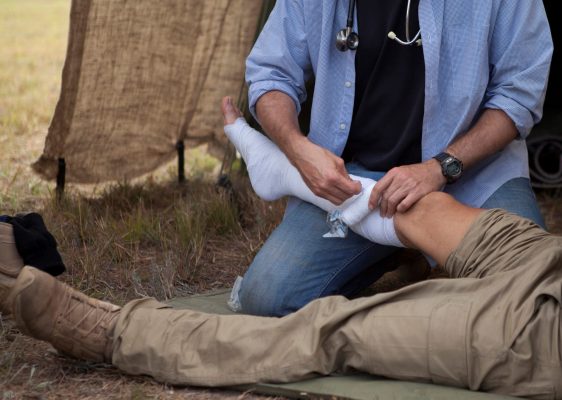 In the event of a bite, the best course of action is to tightly wrap the area immediately above the bite with a conforming bandage to reduce the ability of the circulatory system to move the venom around the body and rush to the nearest medical facility.

This wrapping doesn’t need to be as tight as a tourniquet but it will hopefully reduce and slow the effects of the venom until you can reach help.

4. Do not do these things

When dealing with a snake bite wound, do not cut the wound, never suck the venom out of the wound, do not apply a tourniquet and no alcohol or caffeine. Whatever you have seen in a Hollywood movie, don’t do it.

Rushing to a hospital or the nearest medical facility should be your first priority once bitten but perhaps your remote location or lack of transport or a survival situation means that is impossible. Having a means to contact for help, or a person to help you is imperative in that case.

Should you have a snake bite pump in your kit?

A snake bite kit is quite simple, and for the most part, a normal first aid kit with sterilization pads and bandages will be good enough. But you can also include an extractor pump.

A 2004 paper in the Annals of Emergency Medicine indicated that venom extraction using a suction pump (the one used in the study was the Sawyer Extractor Pump) removed only 0.04% of venom from a simulated snake bite victim.

However, anecdotal evidence suggests there may be some value in them for the less venomous snakes. Most of this evidence comes from experiences with North American species such as rattlesnakes and cottonmouths which are not as venomous or dangerous as their Pacific relatives.

True anti-venoms are not readily available to the public, are prohibitively expensive, and require medical training to administer as they are generally administered by injection.

NOTE: This is the advice of an outdoors specialist. However, do not ignore the advice or instruction of any medical or emergency specialist that may be treating you or are in your area should you be bitten by a snake, or be in an area where there are snakes. Also be mindful that in some areas, snakes are more prone to bite at certain times. Always pay attention to any council/authority warnings in the area.

Juliane Koepcke: The Story of Survival from a Jungle Air Crash

4 thoughts on “How to Avoid or Survive a Snake Bite”