When the sh-t hits the fan, you need to stay in control

But how can you control adrenaline? You might ask. Easy. It’s called tactical breathing. And you are going to learn it right now.

Special forces, law enforcement, and UFC fighters use tactical breathing to keep a calm head in situations where adrenaline kicks in and tries to obscure their clarity.

In this post, you can learn how to run through your own tactical breathing exercises so that when you are in stressful situations at work, home, on the street, or when the SHTF, you are able to operate effectively.

More specifically, this combat breathing technique is used to control an adrenaline dump actually. It is something you have probably experienced it several times in your own life. It is when a large dose of adrenaline is released throughout the body as a response to a stressful event.

That stressful event might be a car accident, a physical altercation, a shooting or a personal emotional occurrence where your ‘fight or flight’ mode has been triggered. So how do you control that stress response? Simple, you run your body through a short series of breathing exercises designed to calm the body and clear the head.

How to do tactical breathing (box breathing exercise)

US Army Ranger Lieutenant Colonel David Grossman developed what has come to be referred to as ‘square breathing’ in his book On Combat. Basically it works like this:

It is called box breathing because that’s an easy way to visualize this breathing technique. You are essentially breathing in a box shape by figuring each of the four seconds as one side of the box. After each round, you should have completed one box breath.

A very good example of this is to follow the method in the animation below from Your Daily Breath, which teaches you exactly how to do the box breathing exercise.

How the box breathing exercise will help you

When the body enters a stressful scenario, the body becomes chemically aroused to the point where it can cloud your judgment and often automatically control some of its functions. To diffuse this, we can use breathing exercises such as box breathing to keep a clear, logical, head.

For instance, in a gunman attack, once we realize that we are involved in what could be deemed to be a lone gunman incident or terrorist attack our body undergoes several reactions. Before you even realize it, your body has transformed into a heightened state of alertness. As soon as you see something like this, subconsciously you are under stress. Your body has just released a heap of stored sugars, fats and your adrenaline levels are through the roof. Your breathing has increased rapidly, your pupils have just dilated and your sense of smell and hearing has just picked up. On top of that, your muscles have tensed to prepare for action, your blood clotting mechanisms are activated and you are in survival mode.

So now what? The next thing you do decides whether you are stunned with fear, start running for your life, or you stay and assist victims or move to attack an aggressor. This is the fight or flight response and a very mental element of survival.

For military, law enforcement and emergency medicine professionals, this is where their training and the use of tactical breathing exercises becomes important to diffuse their own stress indicators before being able to assist in an emergency.

To overcome that automatically induced stress, they go through their own stress management systems including understanding the situation of themselves and what is happening around them by using skills in situational awareness and by automatically running through their stress management systems, the primary, and most important, being box breathing.

For you to practice tactical breathing, it allows you to approach a stressful situation with clear judgment and a logical thinking pattern.

And it’s not just for when the sh-t hits the fan, whenever you feel stress, give tactical breathing a go. You will be surprised how well it works as a form of meditation and way to relax the body, mind and heart rate.

Using box breathing for meditation and stress-relieving during the day

Not only is this a hard-stress reliever for military and law enforcement, it is also a strong meditation method and covers the basics of what most breathing meditation exercises consist of.

The guys from the SEALFIT team use that same box breathing exercise they were taught in Navy SEAL training in meditation aspects.

When you work on your breathing techniques with meditation and breathing exercises, it can also have a direct effect on:

If you enjoyed this post, share it with the professionals you know who want to maintain a prepared state of mind. 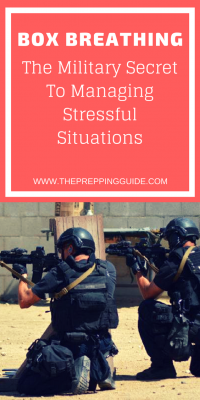 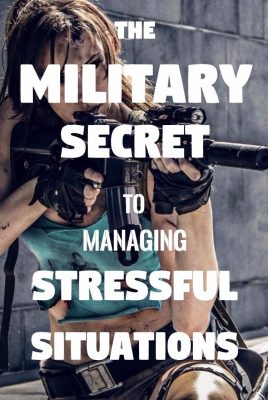 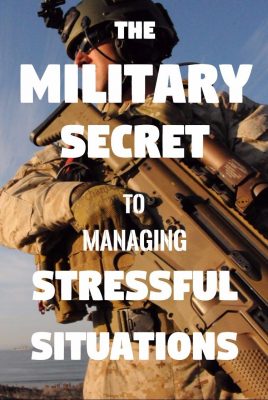 Thermal Camera: How To Turn Your Phone Into A Thermal Image Sensor