Thermal Camera: How To Turn Your Phone Into A Thermal Image Sensor

A simple attachable device can turn your mobile phone into a thermal camera enabling you to be able to view anything at night or sense heat patterns in people or animals when you wouldn’t usually be able to see them.

Oregon-based thermal image giant FLIR Systems provide solutions to a number of industries such as firefighting, policing, the military and even African wildlife monitoring.

As a company providing both personal and corporate thermal image solutions, FLIR’s personal-use product is the FLIR ONE Thermal Camera for Android and iOS. The device simply connects to your phone to provide live thermal infrared imagery just like you would use the phone’s own built-in camera.

The use of this thermal camera is very wide, I was originally made aware of this by a hunter who sent me a photo of wild deer near his campsite at night, but there variations of this being used on drones in law enforcement to locate people at night, by search and rescue crews to find people in thick forest areas and personal use in viewing household plumbing and electrical problems.

How does thermal infrared imaging work with the FLIR device?

Where a normal camera uses normal light to take a picture or record a film, thermal imaging, or thermographic imaging measures the light that we can’t see. This is why FLIR company motto is “the world’s sixth sense” because it is something that is always there that we just can’t see.

With visible light, we view it in a unit called nanometers at a level of about 400-700. But these thermal cameras let us see wavelengths of 14,000 nanometers, so there’s a considerable amount that we don’t usually see, but changes completely when we view the world through an infrared thermal camera.

Because of the wavelength at which the camera views at, there is no real range of color like what we would generally see. Instead, the wavelength will pick up heat signatures using variations of brightness and darkness. This is why we see heat signatures from animals and humans in thermal images as bright objects in an image of darkness.

In this sense, you would more so hear the term thermal camera but considering we are looking at heat patterns, it is actually a heat sensor.

Why is the FLIR ONE PRO the most advanced thermal camera?

Aside from its ability to turn any iOS or Android system into a night vision thermal camera, the FLIR ONE and it’s newly released and more advanced model the FLIR ONE Pro thermal camera is at the top of its market for providing a temperature detection spot meter which is able to tell you the temperature of a source in Fahrenheit or Celcius. This comes in use in the home to detect potential household issues such as:

There is also another application to using this thermal attachment and that’s security. Using a thermal imaging camera makes investigating night-time noises and movement safely and easily as you scan the backyard from your window or front porch sensing any heat signatures. This also comes into play for those out in the wild, who are looking for heat patterns of oncoming predators or prey.

Rather than using a flashlight and giving away your position, this lets you see what goes ‘bump’ in the night where you would naturally never be able to see with the naked eye. No matter whether it’s dark, smokey or foggy, all the thermal sensor finds is heat patterns, so any person or animal will be revealed.

The difference between the FLIR ONE and FLIR ONE Pro

The FLIR ONE has been out for quite some time now and has been used widely from hunting to house electrics and motor issues. However, 2017 has seen the FLIR ONE Pro come out which has greater VIVID IR image enhancement, an onscreen IR scale, more on-screen spot meters, a higher thermal resolution and a higher scene temperature range.

The FLIR ONE still does work well, but essentially, the heat sensing image you will see through the phone screen when using the Pro will be much clearer and more detailed than its prior generation as seen below.

How is FLIR’s technology used throughout the world?

FLIR ONE’s makers don’t just stop at the smartphone device. They provide a number of solutions to various industries around the world. Thermal imaging provides safety, security and strategic solutions for industries that operate on the basis of locating finding.

Firefighters in the recent Californian fires benefited from being able to use FLIR’s K45 thermal imaging handheld device developed specifically for firefighters to use in heat detection and assist in a firefighter’s situational awareness. This helps firefighters and rescue teams to find their way through smokey, dark, environments, and to instantly identify targets in scenes with extreme temperature dynamics. 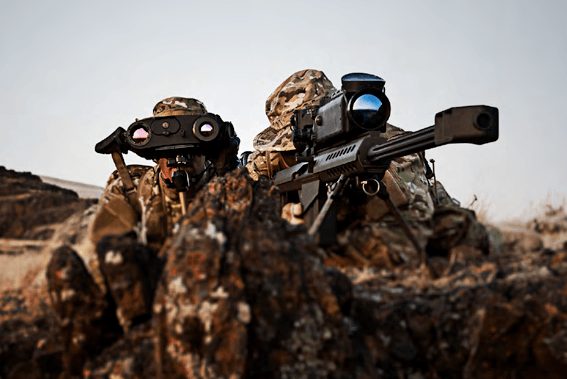 Police and other law enforcement agencies are using systems such as FLIR’s Scout III model which has a tracking range of up to 300m and more and is viewable through a lens. There are also FLIR attachments that work as thermal detecting rifle scopes to assist with observation and threat detection. 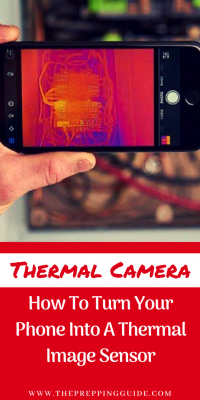 The Small Survival Kit Under $15: What Does It Do And Will It Help?