Bug Out: 4 Reasons Why You Need A ‘Get Out Of Dodge’ Plan

Whether you are living in an urban dwelling, inner-city apartment, or a regional homestead, you will always need to have a bug out plan of a simple location to go to when disaster strikes.

More than half of the world’s population lives in an urban area and when disaster strikes in those areas, the mix with a mass population causes disease, lack of supplies, lawlessness, and famine. That’s only to mention a few of the things that could go wrong.

You are probably thinking it is much better to stay at home where the preppers supply is, that might suit your conditions better, however, as part of a disaster preparedness plan you need to consider the possibility of a bug out plan and when the time comes, getting out of dodge.

There are a number of reasons why you would want to leave the home in an emergency, some of these, that have happened quite recently are:

What is a bug out plan?

A bug out plan is a drill which originates from the military’s rapid exercise of ‘bugging out’ of an area that was considered too dangerous for forces to stay in any longer, either because of indirect fire or because a large enemy force was encroaching on their position.

A bug out plan in the preparedness sense is quite similar to the military ethos. In a bug out scenario, you generally need to:

This is how I have organized my bug out plans, and having been in the military before, have applied the same simple strategic processes and reliance upon teamwork to ensure my family and friends have a simple backup plan, should something happen.

And this is all a bug out plan is, it’s not a crazy deluded world of fighting off hordes of people or anything like that. It is a quick exercise in maintaining safety and precaution to relocate yourself and others from a dangerous area.

This is essentially what emergency services are doing as a method of evacuation. If you are relying on that then there’s a chance that may not happen as emergency services and disaster response agencies are already under the pump dealing with the basics of supply management and caring for highly potential victims of disasters such as people in hospitals, retirement centers, and elderly living on their own.

Why you need a bug out plan

People bug out or evacuate from an area for a number of reasons. Let’s say you have received a warning that mass demonstrations with mass protest and police clashes were going to happen in your neighborhood next week. Sure, you can stay in your home, but whenever you need to leave, or if your family needs to leave the home, there’s a chance you could be arrested on the street as a potential protestor, targeted as an individual by violent groups, or be struck with some indirect police suppresent for riots.

Either that, or your area could have a predicted flood, tsunami, oncoming blizzard or anything else. In these events, there are a number of things we need in life that we can’t get while being pent up in our urban fortress homes. They are:

As you can see, it’s not all about just grabbing your bag and leaving.

So let’s take a look at those a little closer.

Many plumbing functions run on electricity, and as we know, the first thing to go out in most disasters is the electricity. The issue is here not only for clean drinking water, but also sanitation. There is no way to flush toilets to clean away waste you leave behind or to get new water for washing. 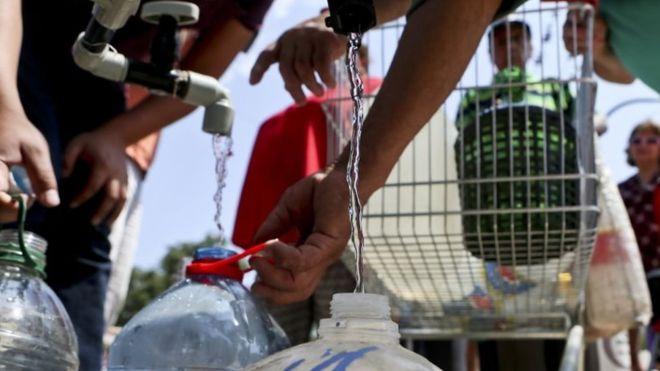 Then comes the issue of having enough water for yourself. If you don’t have a stockpile of water you are only going to survive three days, as that is what the human needs to survive. In relation to consumption of water, the average person uses about a gallon (almost four liters) of water per day. This is for drinking and sanitary use such as washing.

Storing all of that water is an issue on its own, as some preparedness individuals are stockpiling for three months worth of supplies. For bugging out, the recommended timeframe is a 72-hour (three-day) supply which you can use in your urban area and as you make way to your bug out evacuation area.

When you are drawing up the bug out plan, locating a bug out safe haven that is near a body of water can provide you and your family with a constant supply of fresh water which, of course, would be advisable to filter before consuming.

Bugging out of a location during a disaster is next to impossible. Some time ago I worked with a software program to generate the time it would take to bug out of some of the world’s most popular cities in simulated peak-hour traffic for in case an emergency when you would have to leave in a rush.

However, this was only during peak-hour traffic, in an emergency, say for instance a nuclear threat was made against a specific city, there is a real imminent danger as every person is going to be on main and back roads.

Mass migrations are an absolute hazard. They never go well. The sooner you make the decision to bug out of an area the better. This is why a prepared survival kit is so highly recommended, it lets you get out of the area quicker while everyone else is still scurrying out figuring out what to do and what they should be taking with them. By the time they are packed, you’ve already rendezvoused with your bug out group or family and have secured a nice safe spot to ride out whatever is happening.

In the video below, we can see the effect a mass evacuation had on roads leading out of Miami prior to Hurricane Irma landing.

There are three important things to remember when it comes to transport and the bug out plan:

Safety runs its course on a number of subjects in disaster preparedness. When it comes to bugging out, you should be aware that any disaster can pose a risk to your safety not only from the impact of a natural disaster but also the safety effects of wounds, infections, disease, famine and any possible crime that may result out of desperation.

The issue when it comes to preparedness is whether or not to be public and proud, or to keep it quiet. Most err on the side of caution as in a disaster or when a worst-case scenario occurs, people who are prepared do not want to have a line of people at their door demanding that they share their stockpile of food.

This is a very contentious issue because, on one hand, you could spare some saved up food, water or medical supplies simply because you want to help, but on the other hand, disasters are very widespread, and chances are there are going to be neighbours in your area who are very happy to demand you give away a portion of your supplies. Removing yourself from this situation might seem like an isolating move, but if you are with a group of others who you have made plans with then you can share between yourselves safely at your bug out area safely without the need to be concerned about people knocking on your door.

If you have a generator, this just doubles as a beacon for those wanting to break into your house and steal your power source. Ideally, if you are going to use this in the home during a disaster where the power has been lost you are going to need to cover the noise and not have any evident lighting during the day to avoid any unwanted attention.

Safety is also an issue in events that are triggered by factional groups of society. As you can see in the following video, clashes between police and citizens can escalate into state-sized issues turning what would just be a few dangerous streets into a whole neighborhood protest.

As mentioned above, staying in a disaster area can have implications for your safety when it comes to your health. Furthermore, there is a lack of medical support to disaster areas as emergency services

In your bug out plan you should identify a location that has an accessible pharmacy, if you haven’t already stocked up on the necessary prescriptions you already take.

Your bug out plans should also include a medical kit and relevant medical treatments for any injuries or illnesses that you are able to treat yourself.

Final thoughts on the bug out plan

The four most important reasons to bug out of a certain situation are water, transportation, safety and medical. These on their own warrant enough evidence for the need of a bug out plan or simple evacuation procedures.

Remember when you are making your own plans, not to get caught up in the overcomplication of the process. A plan should be simple, so that should the sh-t hit the fan, it is precise and easy for you and your family or friends to follow.

All you need in a bug out plan is the following: 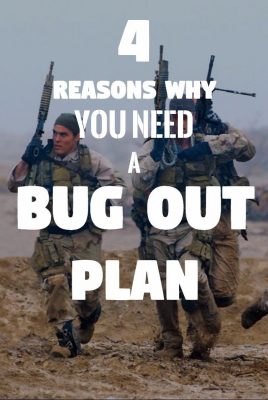 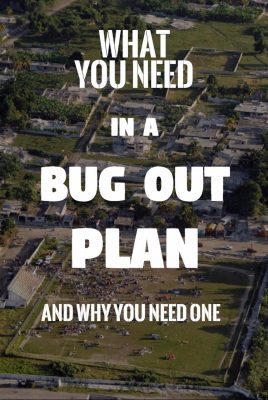