Handheld radiation detectors tell you what you can’t see, smell or taste, but what could make you horribly sick and at the moment their sales have skyrocketed for that exact reason.

Radiation is an invisible component that has huge detrimental effects on the human body and unless you have something to detect it, you are practically blind to its levels and won’t notice anything it is too late.

The nuclear threat is higher now than ever as superpower countries compete, flex and test their nuclear weapons. And in one pocket of the world is the radical North Korea taunting much larger countries to enter into a nuclear fight. It is this reason, as well as possible future struggles and conflicts involving nuclear weapons that have seen a spike in radiation suits, gas masks and iOSAT pills.

But now the market is turning towards the likely possibility of your first steps outside the front door of your make-do shelter to look at how you might test the radiation of the air, the ground and water after a possible nuclear strike or nuclear reactor leak after a blackout.

Before we look into what radiation detectors do and how they work, we should look at why they are important.

What radiation can do to the body

To answer something like this, we first need to look at how much radiation is involved. Radiation isn’t just a one-hit kill type of matter, we are exposed to low levels of radiation every single day, how much of it determines whether we are affected or not.

In looking at harmful levels of radiation, there are two different types of exposure: acute and chronic. Acute exposure is where a dose of radiation is received all at once, this would be something like an X-Ray or a CT scan you might have done for health reasons, think of it as a once-off sudden impact of a packet of radiation.

The other type is chronic exposure, this is a level of exposure of a long period of time. This would be where a nuclear attack has happened and you are walking around post-fallout without protective equipment being exposed to consistent strong levels of radiation. This has occurred in the past in places such as Chernobyl, Hiroshima and Fukushima.

Rain or a bucket of water

If you consider radiation exposure like water, you can either have a huge bucket thrown at you all at once, or you can have a bucket’s worth of rain on you at at a slow pour. In both circumstances, you are going to get very wet, but when it comes to radiation, those effects can differ from the bucket to the rain.

Both are obviously bad for your health, so with this in mind, when the nuclear bomb was designed it included both to be a quick-effect as well as a long-lasting weapon. For a person who experiences a nuclear explosion they will receive two doses, one from the initial blast and the second from the fallout as the particles sit on the ground post-explosion. This is why nuclear weapons are dangerous missiles and not something to take lightly.

For acute exposures of radiation, the lowest count of exposure (25-50 rem or rads) will see a drop in white blood cell counts. For the medically-termed Radiation Syndrome, which occurs at about 150-350 rads, there are typical symptoms of radiation poisoning such as:

Anything more and there is a 50% chance of dying within 30 days.

When it comes to chronic exposure, where people are subjected to repeated doses of high radiation counts over time, there are long-term effects. These can be:

For a nuclear bomb to hit a city, the blast would be anywhere from 5-10 miles with a strength of 500 rads. That means most people in that vicinity would suffer death from the blast, or the fallout. For those that are caught in the fallout, a highly recommended medication is potassium iodide (iOSAT) to limit the body’s absorption of radiation particles.

You can see why there’s a need to detect radiation. Without something like a radiation detector we are essentially guessing what the radiation value is until someone gets incredibly sick, then we know we are in trouble. This is essentially a human canary in a coal mine.

Using the right protective equipment against radiation is paramount, but to know when that equipment is needed, or not, is also essential.

How do radiation detectors work?

For most handheld radiation detectors, their best and most accurate detection is in confined spaces, topsoil and objects that may have radiation contamination.

What about the effect of an electromagnetic pulse against radiation detectors?

This is a common concern that I personally have had a lot of questions about, especially with the backup effect that can be posed by a nuclear bomb’s EMP to shut down electrical processes with a very large area.

Thankfully, because a lot of these devices are designed for the purpose of nuclear radiation detection, they have in-built mechanisms to cope with EMP waves. Personally, with a device like this, I wouldn’t risk the chance that the electrics could become faulty so I would either:

These solutions would ensure any radiation detectors are still able to work after a nuclear attack.

How to use radiation detectors

Handheld radiation detectors available on the market today are very easy to use, this is also one of the reasons why they are being widely purchased at the moment as a simple-to-use device to detect a terribly harmful material.

When you are using the device, the indicator screen will display the reading in either in:

How to choose the right one

Choosing the right radiation detectors are important when looking at this equipment as this is something you don’t want failing or giving inaccurate readings.

3 Best Radiation Detectors You Should Use

The RADEX RD1503 was the most widely used civilian-available radiation detector in Japan near the Fukushima Daiichi plant. It is quickly selling out in stores because of its history as a reliable Geiger counter and because of its easy-to-use interface.

This is quite an old radiation detector modelled off very large Geiger counters and innovated to be a smaller replicant of the power that much larger and more expensive counters have.

There have been a number of Americans who have driven across the country recording the spikes in radiation pockets in interesting areas with these.

The reason why there are buyers attracted to this one is because of its external Geiger counter wand which runs feedback through to the device.

With the possible likelihood of a nuclear attack, it pays to have the right protective equipment to keep yourself safe from any form of concentrated radiation.

Our post on the gas mask and protective gear you need for a nuclear, chemical or biological attack (NBC) takes you through what you need, and how to make sure you are buying the right gear by looking at the science behind nuclear attacks. 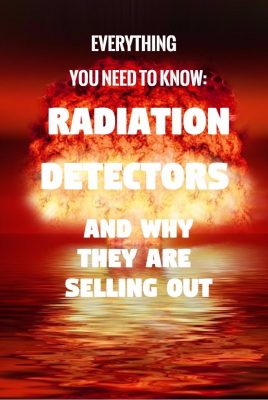 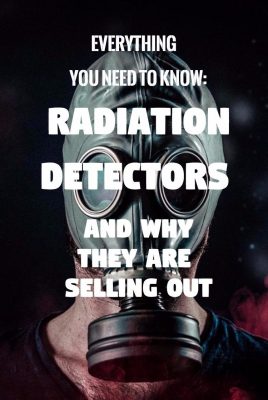 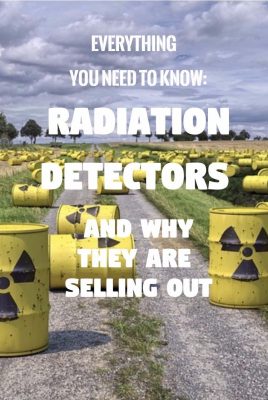 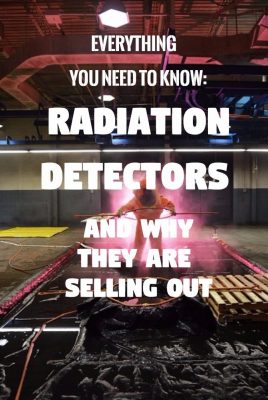 How To Make A Faraday Cage: DIY Protection For Devices Against EMP

1 thought on “Radiation Detectors: the 3 Best Geiger Counters for Preppers”