How To Make A Faraday Cage: DIY Protection For Devices Against EMP

An EMP, or electromagnetic pulse, will almost certainly wipe out all of your electrical devices as well as the entire grid on which society survives on, sending our lives back to the dark ages. But with a Faraday cage, you can keep electronics and devices protected from the effects of an EMP.

The threat of an EMP is real, especially when you consider many western nation grids are not ready to handle an EMP attack to shut down our grid. And if you think about the consequences of losing that grid, they impact every facet of our technology-advanced society, including:

Essentially, as one Navy SEAL put it, an EMP attack would cripple our system.

against an EMP attack. This is through the use of Faraday technology, such as a Faraday cage which blocks the electric current that would otherwise essentially fry your devices. While there are alternatives such as pre-made faraday pouches, backpacks, bags, as well as some microwaves when plugged in, we are going to focus on how to make your own Faraday cage.

But first, let’s get to know the enemy a little more, that could possibly send us to a prehistoric capability.

How an EMP would occur

With the escalation of countries competing with nuclear bombs, there is a much greater threat of an EMP attack in the coming future more than ever before.

In relation to North Korea, Homeland Security task force leader, Peter Vincent Pry, said the country imposed two threats, being nuclear and EMP. He said that EMP would require much less precision and less advanced technology. According to Pry:

A successful nuclear strike on US soil requires:

For North Korea, who have less advanced missile technology, the EMP attack is much easier to commit.

How far an EMP attack could reach

According to Pry, the impact and reachable area of an EMP wave is immense. If a warhead was detonated at an altitude of 18 miles, it would generate an EMP field on the ground with a radius of 372 miles.

If an EMP attack was to be triggered at an altitude of 294 miles it would cover most of the US. 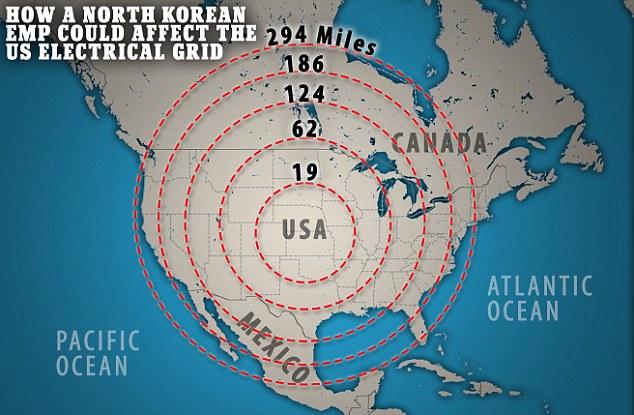 How far an EMP will reach dependant upon the height of detonation.

How to stop an EMP attack with a Faraday cage

While large networks, wifi fields, and electric networks would be affected by an EMP, undoubtedly the best way to defend your own devices is a Faraday cage, and thankfully, it is easy to make.

What is a Faraday cage?

The idea itself came from an English scientist in 1836 as a way to do exactly what you are after, block electromagnetic fields. A Faraday shield is anything covered with a conductive material. You can construct this to whatever size fits your purpose, however, most people only make something big enough to fit their personal devices.

What would you keep in a faraday cage?

Considering you are looking at being able to survive in a blackout world post-EMP attack you’re going to want to keep all of your usual electronic devices in a Faraday cage such as:

How can you make a faraday cage?

Of all of the things I have made in The Prepping Guide and made an instructional, nothing has been easier than making a Faraday cage.

I made mine using a locking lid thick trash can.

The Behrens Trash Can has made tens of thousands of sales specifically because it serves a purpose as the important tool in a faraday EMP resistant bin, even without being marketed as one.

To make one yourself all you need is:

Here’s a video from a prepper on how he made his:

What about Faraday cage bags?

Another item you can use for personal electrics is by Mission Darkness which is a company that specializes in creating military-grade EMP proof containers for electrical items.

If you are packing a survival kit or emergency go-to kit Mission Darkness has an EMP resistant backpack which is in use by law enforcement first responders and can also double as a bug out bag. 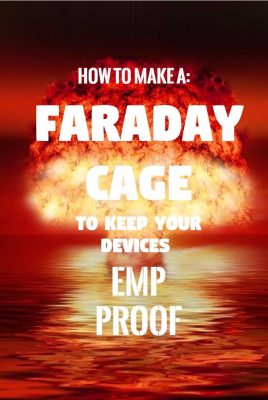 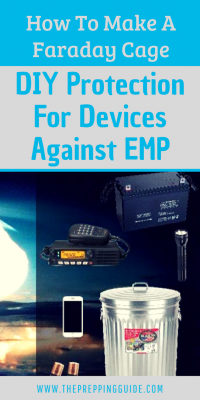 Toilet Paper Tablets: Why Compressed TP is a Game-Changer