Doomsday Prepping? No, How About Preparedness For Everyday Issues

There is a common stigma out there that the preparedness and prepping culture is full of doomsday preppers who are expecting the world to suddenly end and for all of us to be plunged into some fallout-esque apocalyptic nightmare.

If you’re into that stuff, there’s plenty of those topics canvassed on Netflix and in Hollywood films. If you ask anyone I am sure they could provide a pretty compelling list of end-of-world movies as they’re quite entertaining. But they are not prepping, and they are not preparedness. Since starting on my own ventures in preparedness, I have been more involved in:

These are just personal approaches I take out of prepping, but they are all for the same cause, preparing a step or two beyond the person that does their shopping for the week.

That’s right, it’s not the end of the world we are counting on, it’s good accounting methods, a little more food than most other households, a bit more fuel in the car, a risk-free house and some different gardening techniques.

This sort of prepping doesn’t involve some sort of gypsy ball to say a specific date is the end of the world. Instead, it’s just practicing a monthly audit for future goals of being more self-reliant, prepared for things that happen in my area, and be a better, more self-managed person.

Now that’s not to say that my level of preparedness is the defining point of prepping. There are many other preppers who do less, and more, than myself. For me, my aim is to be able to survive for two weeks without power, water services and on my own food supply. That’s not much at all, but for the lifestyle I live, it’s a point of preparedness I am happy to be at.

In writing The Prepping Guide, however, a lot of the sources that I speak to are preppers that are more aggressively pursuing off-grid lifestyles, self-reliance, and sustainable practices. Some might be a lot closer to living an ‘off-grid’ lifestyle than others, while others might just be comfortable knowing that they have a three-day supply of food and that their home is winterproof in the snowstorm months.

Where does survival come into preparedness?

Prepping and survival topics are very closely related. One major concern for preppers, aside from self-reliance and frugal living, is the interest of preparing around the nature of the hobbies we undertake.

What do I mean by being prepared for the hobbies we do? If you own a boat, you’ll have an EPIRB, an emergency beacon to use when you’re caught out at sea or involve in a maritime accident. Perhaps if you go outdoors you might have a first-aid kit with some blister pads, antibacterial cream and some band-aids and gauze, that’s being a prepper.

And for the most part, it’s pretty fun to try out some of the survival techniques out there that are preparedness related, such as using water filters in streams and creeks, starting a campfire with a tinder and flint or two sticks, solar power generation or greenhouse farming.

In fact, it can be a pretty fun exercise just thinking about how you would survive in a certain scenario that could actually happen, for instance:

It can be even more fun actually trying some of these methods out, which is where you get projects such as those undertaken by the famous Youtuber Primitive Technology.

Why are doomsayers such a stigma for preparedness?

There is a very blurred line between preppers, preparedness and doomsday prepping, they all share some very similar traits from the preparedness lifestyle as they both run on the ethos of being prepared for future occurrences.

Doomsayers and doomsday preppers follow a worst-case scenario circumstance where a global collapse has occurred and the fabric of society has broken down. There are a number of circumstances that they prepare for that may occur, such as:

And yes, it’s easy to see why you would want to be prepared for something like one of these events, as they are extreme events that usher in the concept of ‘survival of the fittest’. But with the likelihood of events like these, and others, occurring, is it worth the financial expense, or the effort to prepare for? Or is it just an enjoyable hobby to think ‘what would I do if…’.

As far as blockbuster films and series are concerned, this has a wide appeal. But what about everyday preparedness? That’s not end-of-the-world stuff, things such as flat car batteries, blackouts, natural disasters, financial loss from unemployment, cryptocurrency investment, that’s not end-of-the-world prepping, so it serves it right to not have the stigma attached of doomsday prepping.

In fact, while nuclear bunkers are largely entertaining to see their interior gardens, artificial beaches, and mini-cinemas, most everyday preppers would think you are mad if you were seriously buying an end-of-the-world million dollar bunker. 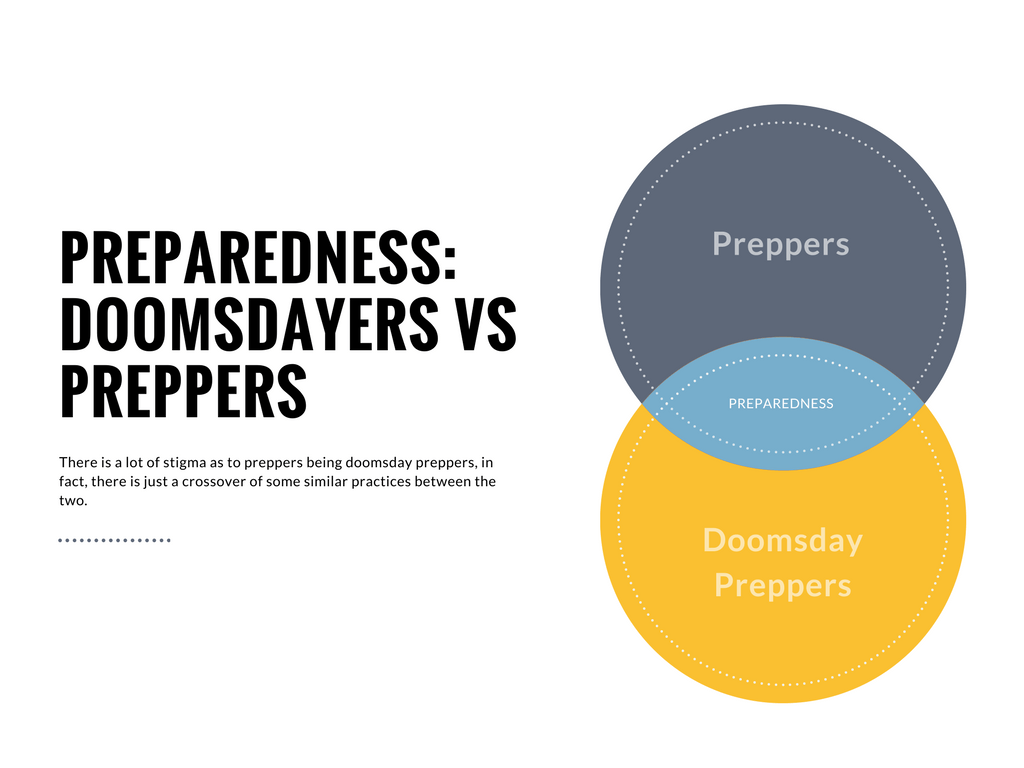 You can be a practical prepper

When you are delving into those scenarios as I mentioned above, where everything has gone wrong and the proverbial ‘sh-t hit the fan’ has occurred, it’s almost an addictive process to think of how you might survive, and to find out how others would approach that scenario.

And there’s nothing wrong with doing so as it’s something so many of us watch through on-screen series, books or even video games every day. If you don’t agree, just take a quick search on the internet for a zombie apocalypse, and you will find at least 1000 references to ‘how to survive a zombie apocalypse’ just like you would find ‘how to survive on a deserted island’. These topics are just as popular as ‘how to install solar panels’. 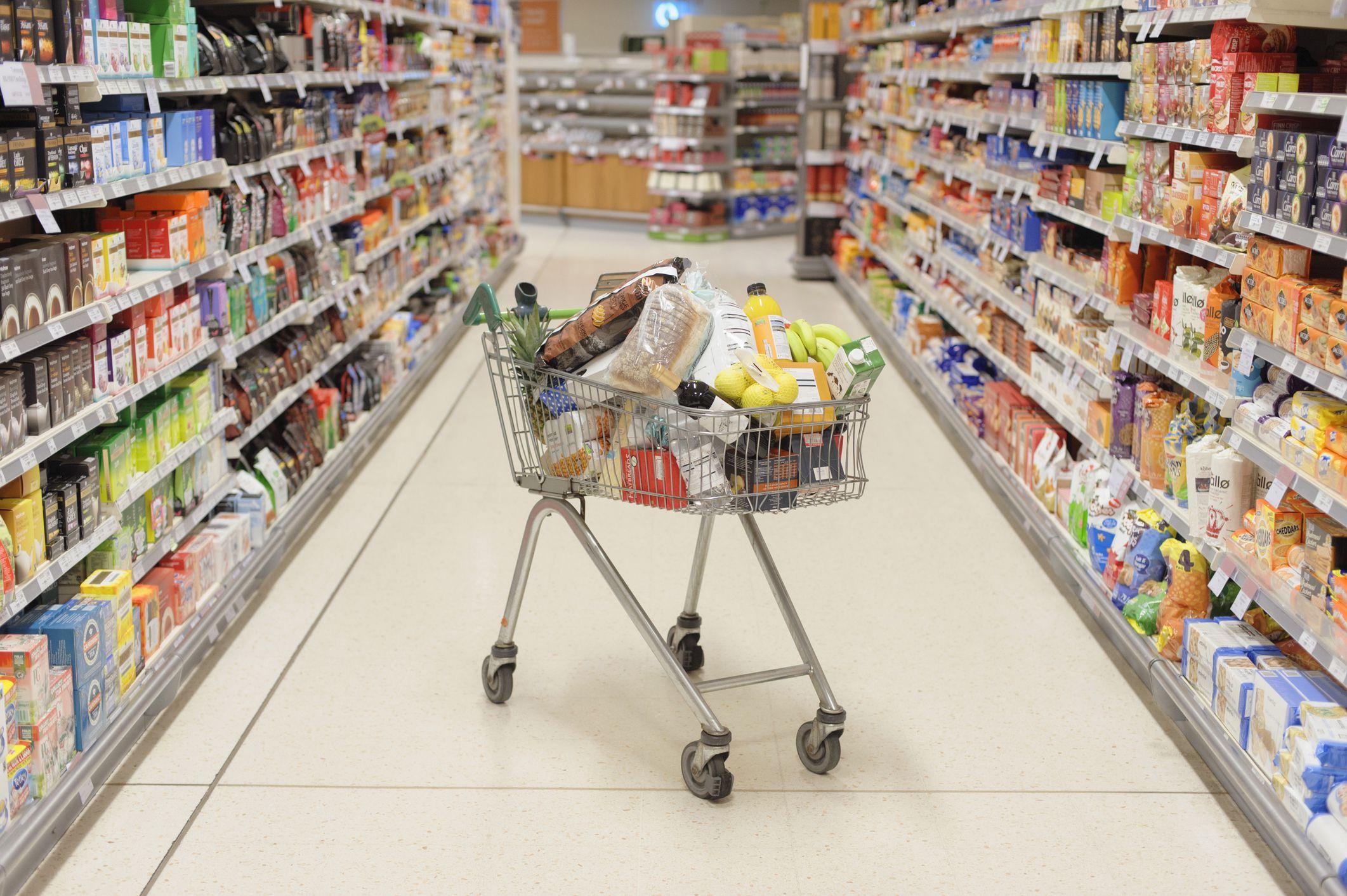 But when you’re looking at these types of scenarios, it’s just a hobby to fulfill your survival curiosity. When you are learning about preparedness you don’t have to go down the windy path of post-collapse, end-of-the-world-as-we-know-it type of content, because that’s an entirely different type of prepping.

Preparedness is just about buying a toilet paper for the week, rather than just today. Take that concept, and apply it to different areas such as:

That’s practical preparedness, there’s no end-of-the-world at play. It’s just those everyday things you do that you don’t really think about why you do them. 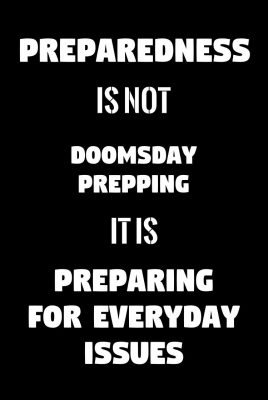 8 thoughts on “Doomsday Prepping? No, How About Preparedness For Everyday Issues”